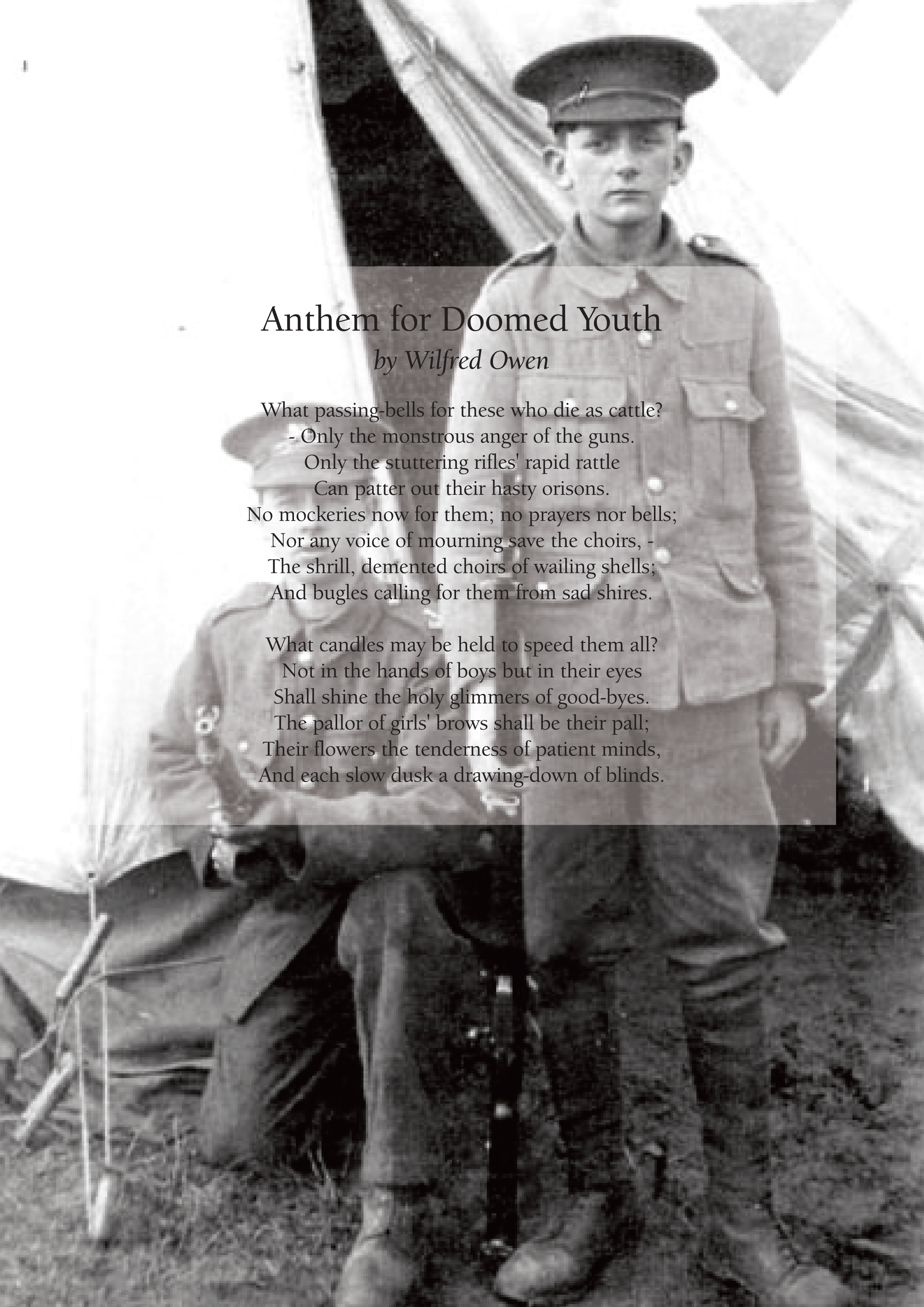 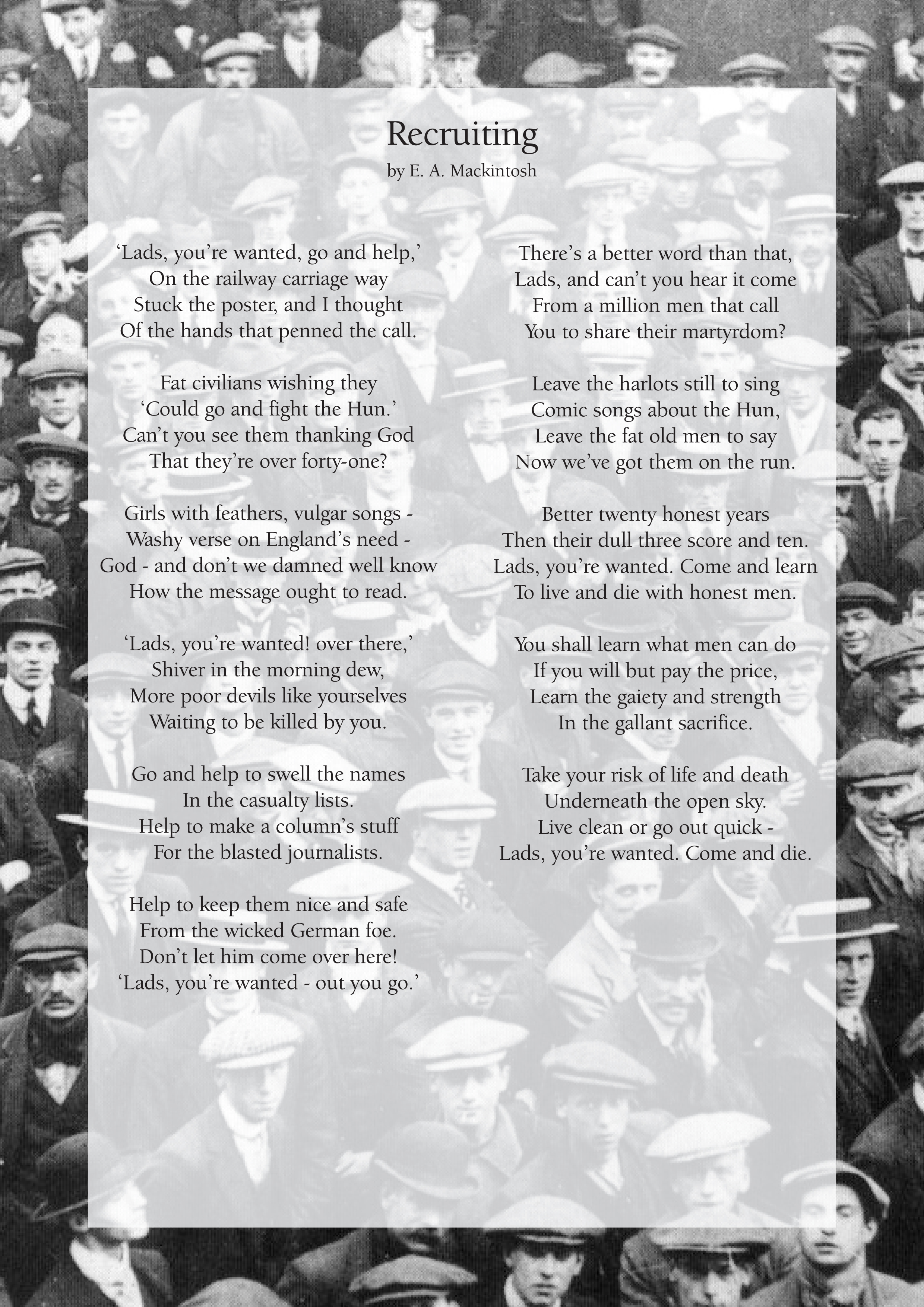 Although many question whether this is a pro-war or anti-war poem, it probably neither. Here, Mackintosh really seeks to praise the men with whom he serves and to urge others to find the same comradeship, trust and loyalty that he has discovered in the trenches.