A visit to… Bateman’s – Splendid Isolation 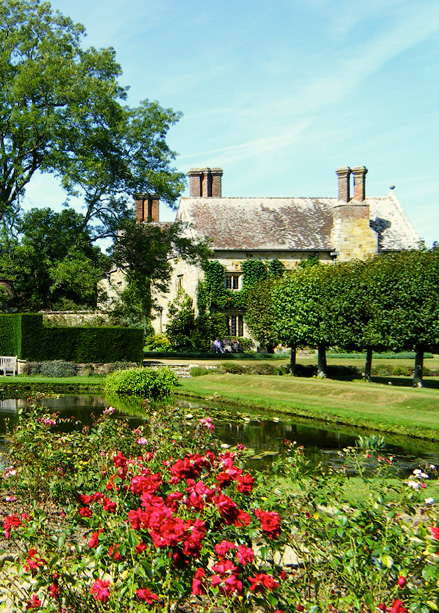 In 1902, when Rudyard Kipling purchased Bateman’s for £9,300, he was buying himself a little piece of England, and the privacy which he and his family craved. Now, over a hundred years later, the property is maintained and managed by the National Trust and very little has changed since his widow, Carrie, bequeathed the house to the Trust, as a memorial to her late husband.

By the time Rudyard Kipling decided to buy Bateman’s, his fame and reputation had outstripped the family home in Rottingdean, where the family were often plagued by his enthusiastic public. In addition, the death of Kipling’s oldest daughter, Josephine meant that the Rottingdean property housed nothing but memories of his beloved, lost child.

Rudyard and Carrie had first seen the house a couple of years before buying it, but had hesitated in making their decision, losing out to someone else. Therefore, when it became available again, Kipling did not delay and, thus in November 1902, the family took up their new residence.

The house itself dates back to the early 1600s and has escaped any modernisation. In fact, when the Kiplings moved in, there was no electricity, no bathroom and no running water in the upstairs of the building. The house, however, came with a working mill and 33 acres of precious seclusion.

It is easy to see why the Kiplings loved the house, which is undeniably beautiful and well-proportioned. The rooms inside are relatively small, with the exception of Kipling’s study, in which his ten-foot wide desk seems perfectly at home, allowing sufficient space for various cupboards and books, an Indian bridal chest and a large oak day-bed. This desk, at which he worked during the mornings, still holds his Imperial typewriter, as well as blotters, ashtrays and pen-holders. Despite the modesty of the rooms, they are all remarkably light and quite airy, many featuring works of art from both East and West.

Although this was a family home, very much run by Carrie Kipling herself, the overall atmosphere belongs to her husband, whose childhood and writings are well represented in the furniture and art which is on display.

Today, the property is owned and managed by the National Trust, whose volunteers are on hand in every room, providing background information to their interested visitors.

Outside, however, is where one can really capture the atmosphere of Bateman’s, far more so than in the interior. Although the house is close to the fairly lively village of Burwash, the property is quiet and secluded. The grounds themselves are beautiful, with terraced lawns leading down to a large pond, to which Kipling gave a shallow bottom, so that children would not be in any danger if they fell in. Beyond this pond lies a rose garden, resplendent with colourful blooms and the whole area is surrounded by tall hedges, ensuring privacy.

The guide-book tells of Kipling playing on the pond, with children and young adults alike, in his “6-foot skiff with hand-cranked paddle-wheels”, while also detailing Kipling’s habit of marking the visitor’s book with details of anyone who had fallen into the pond, with the letters F.I.P. after their name. Among the many guests who suffered this indignity, was Kipling’s mother.

More so than in the house itself, one can easily imagine Kipling walking in the grounds, enjoying the fresh, silent air and the picturesque English countryside and it is easy to see why he chose this spot. Equally, it is not difficult to visualise him pacing on the lawn, on a bleak October morning in 1915, wondering whether his “Boy Jack” was simply missing, or was actually dead and whether his family could recover from the loss of a second child.

Were he and the house forever haunted by the mystery of John’s death? Or was he, perhaps, able to find some peace and contentment amidst the tranquility of his own “green and pleasant land”? It would be nice to think so.

Special thanks to the National Trust for their kind assistance in the preparation of this article.