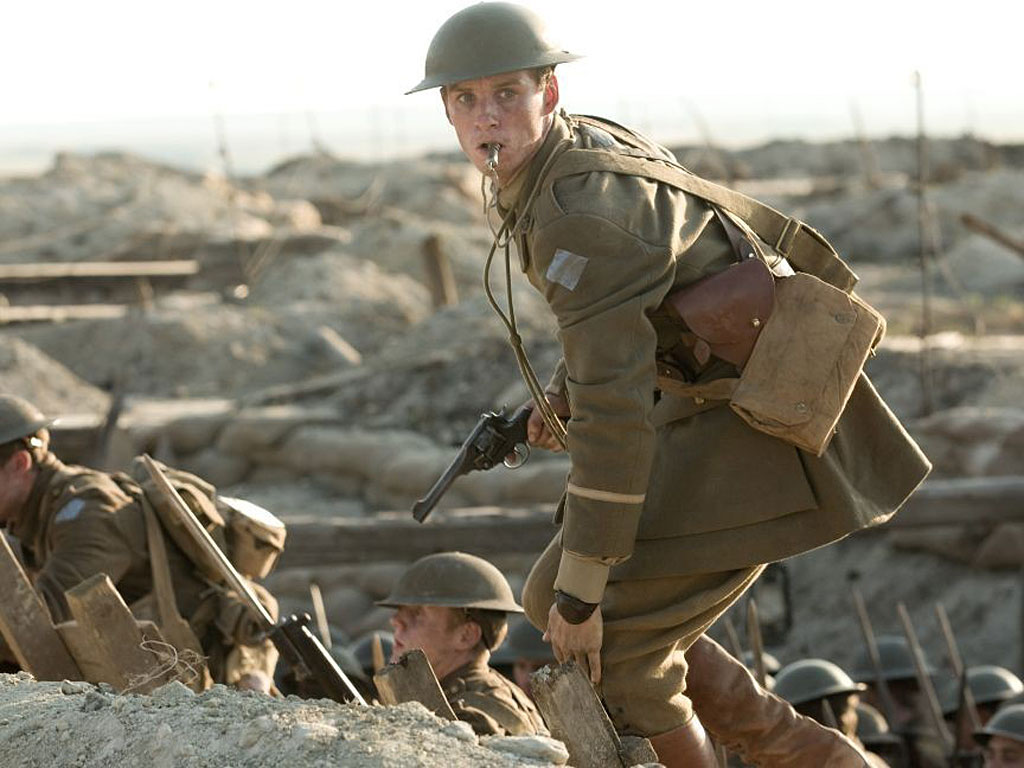 Despite my misgivings about the first part of the BBC adaptation of Sebastian Faulks’s Birdsong, I still had fairly high hopes for the second half. Okay, there was a lot to cram in to one episode, but at least it would mainly focus around Stephen Wraysford, his comrades and their reactions, rather than the slightly drippy and far-too-young Isabelle – or at least that was what I hoped. However, I was once again disappointed. Not only did Isabelle feature far too much, but enormous (and very relevant) chunks of the story had been chopped out, in favour of dewey-eyed stares into the distance.

What happened, for example, to Isabelle’s affair with Max, the German soldier and why did she have to die during the war, rather than afterwards? Why was there not more chemistry between Stephen and Jeanne: he does go on to marry her, after all! Where, oh where was the friendship between Wraysford and Weir, which seems to have disappeared completely, with Weir’s character being cast as a closet homosexual, due to the totally unnecessary discovery of the nude male photographs after his death? This shows a frustrating lack of understanding on the part of the screenwriter as to the relationships forged by men in war. Many loved each other in a purely platonic manner with a strength of emotion unmatched in any civilian relationships. Weir’s friendship with Wraysford in the novel is based upon the former’s hero worship of the latter and his need for Stephen’s support. It is only after Weir’s death that Wraysford begins to appreciate that he too has lost something of great significance. Through Weir and, later Firebrace, the cold-hearted Wraysford learns to appreciate love.

Nonetheless, according to this adaptation, it is Isabelle (and her willowy stares), who will always haunt Stephen. However, what the drama failed to capture is that it is Jeanne who really saves him. This failed to come across because Stephen is portrayed as an independent and capable character who doesn’t really need saving, whereas in the novel he is shown to be emotionally destroyed and completely lost.

Personally, I would have preferred to see six, one hour dramas with the story properly told, than this three hour attempt to capitalise on a popular and frequently studied novel. Producers of works which are on the mainstream syllabus have a duty of care to tell the story properly because there will be students who may now consider it unnecessary to read the novel, when they can simply watch three hours of attractive drama. All I can say is, please don’t be tempted into such folly: the television show may be pretty, but the novel will reward you with so much more.