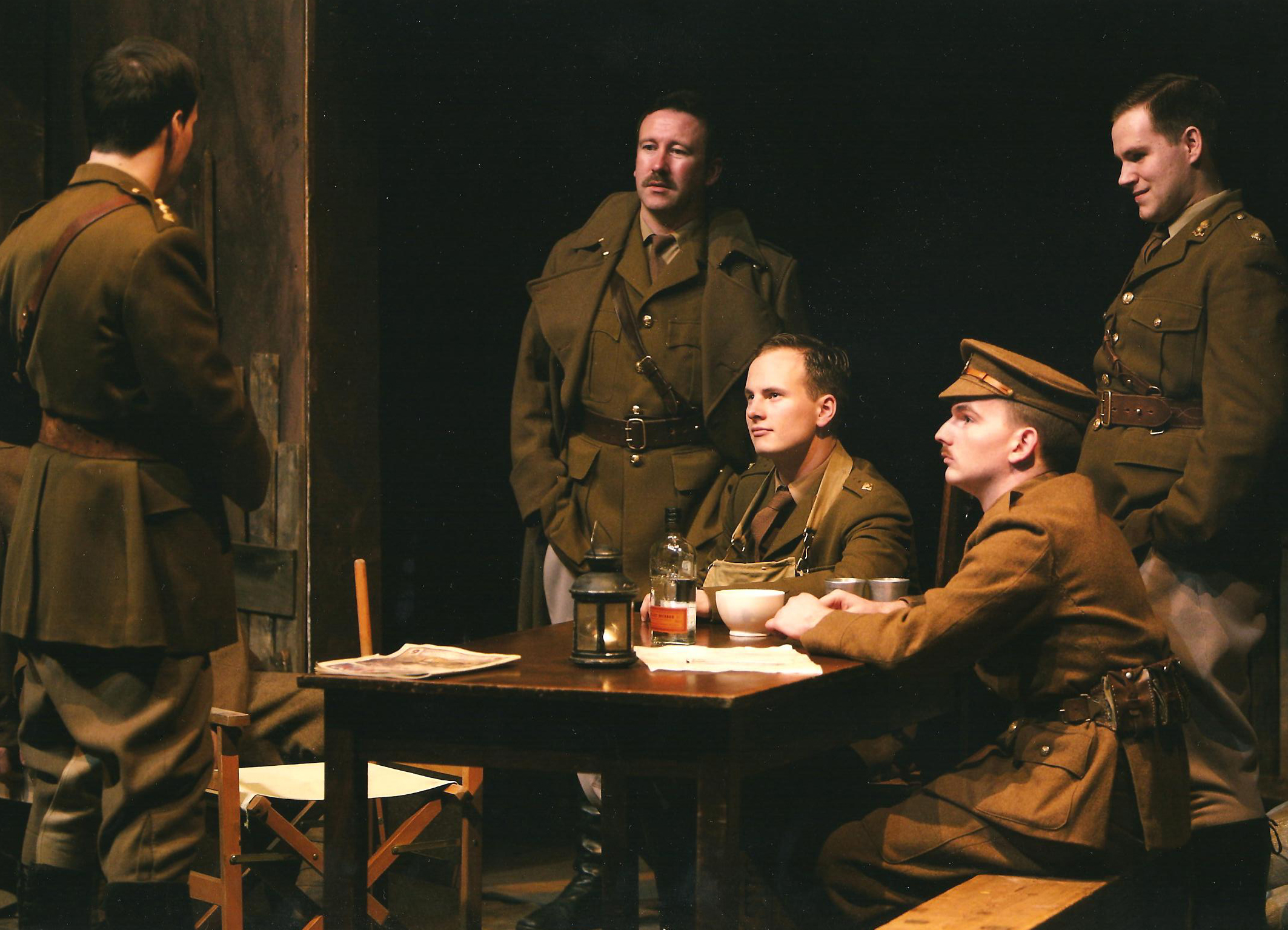 Back in 2008, when we were informed that there was to be a production of R C Sherriff’s Journey’s End at the Electric Theatre in Guildford, we approached the producer, Sean McNamara and he agreed that we could interview the cast during rehearsals. Our main aim during these interviews was to see how the actors felt about their roles and the play in general and the impressions which they had gained from their participation. They were extremely generous with their time and provided us with some very thought-provoking answers to our questions.

From these, we have selected those which we feel are most pertinent and valuable to students of this play and we think you will agree that the actors have all given incredibly thoughtful and useful insights into playing their individual roles and into their understanding of the play as a whole. For this, and their time, we thank them. 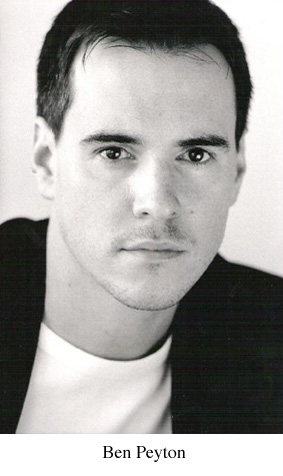 How have you prepared for the part?

Kevin: “In real terms, I was a member of the Irish Defence Forces for three years, which enabled me to relate my own time in the military to that of the Sergeant Major in relation to discipline, honour and routine. The conditions of his service are, of course, worlds apart from my own as I served during peacetime in a politically neutral country, but the framework put in place during my training has been invaluable to me in bringing him to life.”

Robin: “A mixture of using my imagination and doing factual research. There is so much information out there, it would be foolish to attempt playing any of the characters without some understanding of what life was really like in the trenches.”

How much did you know about the play before you started?

Ben: “I’ve never seen Journey’s End, nor had I read it, although its reputation as an outstanding play hadn’t escaped my notice.”

Leo: “I was lucky enough to have studied the play in English at school, but my memories of it were very vague. So coming back to it from a dramatic perspective has been a beautiful and moving experience.”

To what extent have you been able to understand the effect of war on the individual characters?

Ben: “I believe the individual characters collectively encapsulate the many emotions war brings out in a man: heroism, optimism, cowardice, humour, fear and pride, to name but a few.” 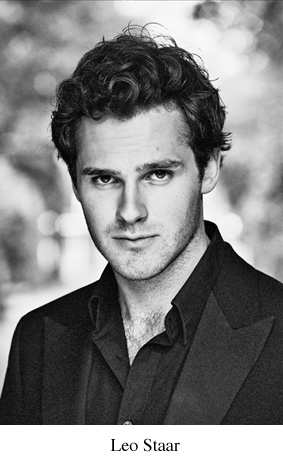 Leo: “I think that one of the very special aspects of Journey’s End is that the war has a very different effect on each of the characters. This is especially clear when working with a character like Hardy. He doesn’t have the strength or the bravery that you would expect of a soldier, but his cowardice and laziness are what make him likeable to an extent and it’s certainly the light touch you need to open the story.”

Robin: “It’s so impossibly difficult to even come close to truly understanding the experience of the characters. Really, I think all any of us has is just a glimpse of what effect the war might have had… hopefully as we continue to research and rehearse, we gradually get more glimpses until we can somehow patch up the gaps between them with our imagination.”

Kevin: “The play is very well written and the effect the war has on everyone is clouded by how stoic the characters are. For example, Hibbert arrives at a place where he has an outright breakdown, whereas people like Hardy, Trotter and the Colonel for instance, always have a front, put up against both the outside world and the apparent judgement of their peers.”

How easy or difficult have you found it to get into (and out of) character?

Leo: “The characters of Journey’s End each embody so many traits that we all have that it is never too hard to tap into them. Getting into character is never an easy task, but as a company we have all become so close that it almost feels sometimes like we could be a military company. This has really helped me…” 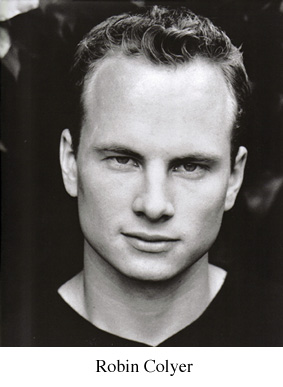 Robin: “The play is well written and the emotions it stirs up so vivid, that I think it ‘comes off the page’ fairly easily. The material is just so affecting. I was moved the first time I read it and I’m sure the audience will be moved too. The challenge is to get the audience to care about the actual characters, rather than only being moved because of general feelings of sadness at the great losses of the war. The point is that the play follows personal journeys.”

Did you read any other First World War Literature as part of your preparation?

Ben: “The poems of Woodbine Willy, Wilfred Owen and Siegfried Sassoon have been a great help.”

Leo: “I’ve been focusing primarily on the poetry and Goodbye to All That by Robert Graves. This is a very moving account and I would recommend it to anyone.”

Robin: “I’ve kept my reading mostly factual. The most useful things to read are the personal accounts of people who really lived through it, and this has included some poetry – notably that of Sassoon and Owen.”

Kevin: “I’m reading Robert Graves’s Goodbye to All That and that has really helped to anchor to a personal account, especially as his family origins lie in Limerick City in Ireland, where I am from originally, so the journey from there to the First World War has a definite track to follow. I have also read a lot of poetry from Siegfried Sassoon to W B Yeats, which I feel has the most condensed emotional content because there is a rapidity and honesty to writing a poem in-situ as opposed to a patient recollection given afterwards.”

Do you think that Sherriff’s first-hand experience makes the play more realistic and does this make a difference?

Leo: “I think the play wouldn’t be the great piece of work it is, had Sherriff not been there himself. His account makes this work all the more moving.” 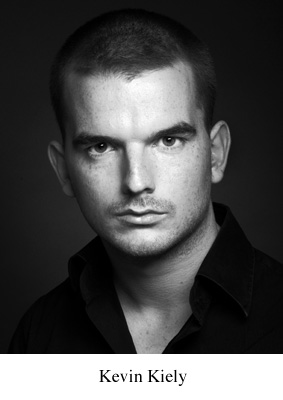 Kevin: “I think his presence in the actual War makes it a great piece of writing in terms of the dynamic of emotions. He has a deft touch in relation to deriving humour from his characters and his knowledge of military lingo makes his words a joy to speak.”

How would you describe Sherriff’s perspective of the war?

Leo: “Sherriff, I feel, doesn’t leave us with an obvious perspective of what he felt the war was for him. However, more movingly, he gives a shared account of how it touched each individual. This is apparent in the different journey that each character takes. Sherriff gives us a much bigger picture of the soldier in the front line.”

Kevin: “I think he captures the futility and the mundanity very well. The boredom was a surprise for me to discover. For example, the silence is unnerving for Raleigh at first, but like everyone else, he befriends the silence and the situation.”

Do you think it is important that students should be able to see a live production of Journey’s End?

Leo: “I think it’s imperative that students should see a live account or glimpse into the lives these men had. This was such a significant part of our history, that hopefully will never come to pass again. At the end of the day, plays like this are meant to be seen…”

Kevin: “A play is written to be seen. Period!”

Robin: “Students should always see the play they are studying if possible, otherwise it’s so difficult for them to understand how the text lifts off the page for the performance…. Yes, people with a passion for literature may enjoy reading and analysing the play as a piece of writing, but we must never forget that playwrights write plays to be performed… If Journey’s End was meant to convey its full meaning to a reader, it would be a novel. Being a play, it doesn’t contain much of the descriptive element of a novel, leaving the actors and director responsible for completing the picture.”

And… the last word goes to Ben, who played Stanhope, and had the following to say: “It’s very important that as many students as possible see this play to keep alive the horrific history that we can only revisit… How else will we remember?”