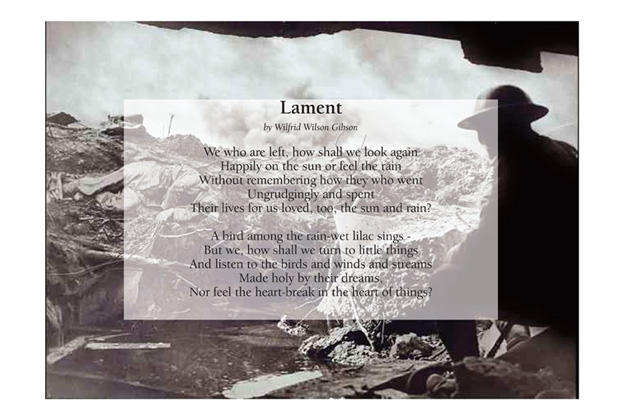 The poem given below, quite simply, questions how those who survived the conflict could ever hope to regain a normal life, following the war, in the face of such overwhelming sacrifice. This sad piece reflects Gibson’s unhappiness at his non-combatant status. Written before he was finally accepted by the army, Lament demonstrates a feeling of guilt that Gibson could do nothing to further the war-effort himself. The heart-breaking realism of this poem makes his trench-life poems all the more impressive, especially when the reader realises that Lament was Gibson’s reality.