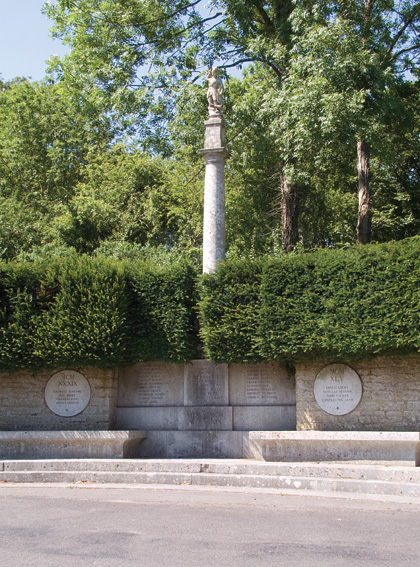 To this was added two circular panels engraved with the names of the fallen from the Second World War.

Like many other features in the village, the memorial was designed by Edwin Landseer Lutyens, a friend of the Horner family.