To His Love by Ivor Gurney 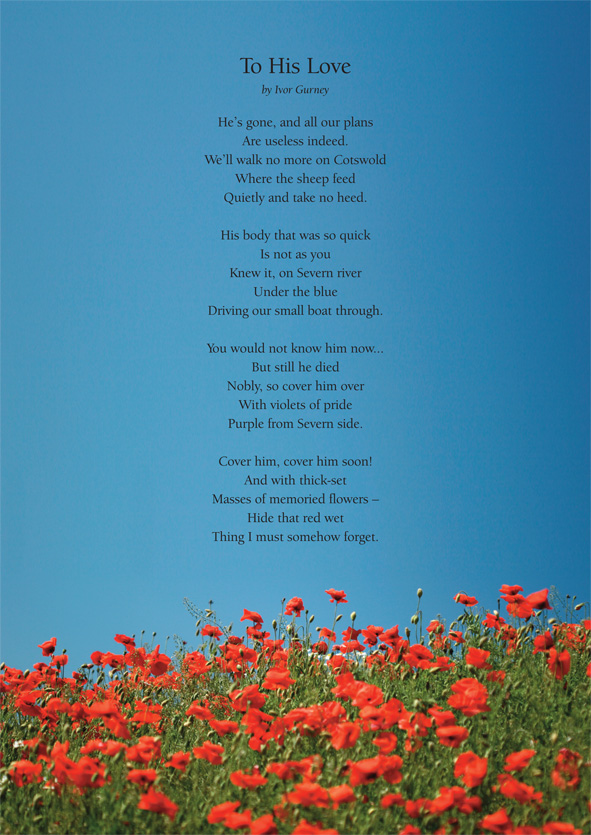 The poem given below is of unknown date which was first published in 1919. This piece may be about the assumed death of Gurney’s friend F. W. Harvey (who it later transpired was not dead, but a prisoner of war), or it may be about another friend, or about death in general. A poem of remembrance, not only concerning the death of a friend, but also the loss of the way of life which the war would bring to an end.