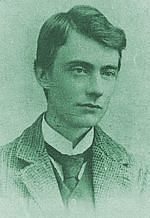 Edward Thomas enlisted and fought because he loved his country, in every way – even though he knew, prophetically, that going overseas would almost certainly cost him his life. He gave up his future happiness with his wife, Helen, and their children, for his England and a way of life which he cherished and treasured above all else, knowing that his loss would cost them dearly, but hoping that his country would appreciate his and their sacrifice. When the time came, he left Helen and his children with just a little under £1000 in his will, made – prudently – ten days before he enlisted. The War Office, in its benevolence, reclaimed just over 7 shillings of this from Helen Thomas, five months after her husband’s death, upon discovering that he had been overpaid. Not, perhaps, the actions of the grateful nation for which he’d anticipated he would be giving his life.

So, how does that nation perceive Edward Thomas and his poetry today…?

Edward Thomas’s 144 poems were written over a relatively short period of time, beginning in December 1914 with Up in the Wind and ending, just a little over two years later on January 13th 1917, with Last Poem (The Sorrow of True Love). In between there lies a vast array of poems which demonstrate Thomas’s growing talent, as well as his frequent problems and mood-swings.

Today, many students are required to study his poetry, focusing mainly on one or two central pieces. However, from September 2011, Edward Thomas’s work will become a core focus on a main A-Level syllabus in the UK, despite the fact that relatively little is known about this poet, or his work, compared with the likes of Wilfred Owen, who (for good or bad) seems to have become the mainstay of First World War literature in schools. The lack of readily available information about Edward Thomas has led, in my opinion, to some fundamental errors on the part of the examining board, in the selection of the poems to be studied. There seems to me to be no thread within the collection; no theme or relationship to speak of. Then, dealing with the poems individually, for example, the inclusion of the poem No one so much as you (which should, by the way, also be listed by its alternative title of [M.E.T]), is an interesting and valuable choice, but should surely be studied in conjunction with Thomas’s I may come near loving you or  [P.E.T.], which is not included in the selection. The fact that these two poems were written within days of each other and are addressed to Thomas’s mother and father (respectively) means that students would be given the fascinating opportunity to study Thomas’s markedly different feelings towards his parents, as expressed in these two pieces – if the selectors on the examining board had shown sufficient wisdom (or knowledge) to include them both.

This omission demonstrates perfectly the importance of an in-depth grasp and understanding of the poet(s) involved. The same could be said of the many “blogs” which are now appearing all over the internet, claiming to offer analysis of poetry, some by supposed “experts”, but occasionally by teachers of English. However, these can often be seen to be giving erroneous studies, which merely show how little research the “bloggers” have really done. The study of war poetry requires a thorough understanding of the background of the poet; a knowledge of his or her life and experiences, so as to really comprehend why the poem may have been written at the time and in the style that it was. In his poem Melancholy, for example, Thomas never actually mentions the war, although its presence may be assumed, provided that the reader understands the poet’s position at the time he was writing the piece. In the case of war poetry, it is not enough to simply look at a poem and understand (or think you have understood) the words themselves.

So, returning to Thomas’s poem No one so much as you or [M.E.T.], it is interesting to know that, within a few weeks of writing this, Thomas had also composed poems to his wife Helen and his three children, showing that his frame of mind was clearly focused around his family in the early months of 1916. This was a period of time when Thomas was arguing with his father over his decision (at that time) not to apply for a commission. Meanwhile, his father was also being quite critical of Thomas’s poetry and his decision to become a writer in the first place, which Thomas found offensive. Being as Thomas was staying with his parents, this might well have caused an uneasy atmosphere in the house and this knowledge may provide an explanation as to why Thomas’s mind was so focused on his family, and especially his parents – that February.

From a student’s perspective, one of the most confusing things about Edward Thomas’s poetry is that most of his works have an ulterior motive, purpose or meaning which is secondary to the obvious. Unfortunately, without a really sound knowledge of the poet, above and beyond his fairly well-known biography, the whole significance of the poems can so easily be lost.