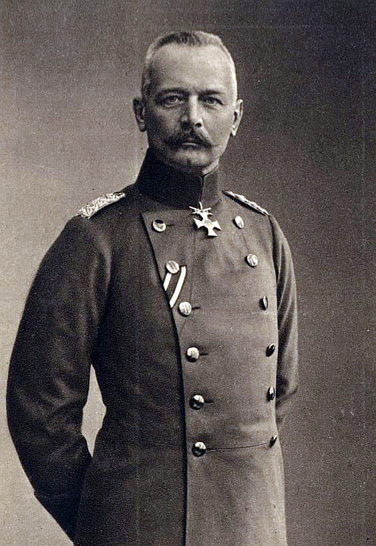 Erich Georg Anton Sebastian von Falkenhayn was born on 11th November 1861 in Burg Belchau, West Prussia. A career soldier, Falkenhayn rose quickly through the ranks and by 1913 had been appointed Prussian Minister of War. When the Schlieffen Plan failed in the autumn of 1914, he replaced Helmuth von Moltke as Chief of the General Staff of the German Army. A confirmed ‘Westerner’ he came into frequent conflict with those who sought to conduct massive battles on the Eastern Front and the Battle of Verdun was his attempt to end hostilities with France by ‘bleeding it white’. This effort failed and Falkenhayn was replaced by Paul von Hindenburg in August 1916. He spend the next six months in Transylvania, before being transferred to Palestine. When Jerusalem was lost to the British, he was dismissed and chose to retire from the army. He spent his remaining years at Potsdam, where he wrote military books, before his death in April 1922.