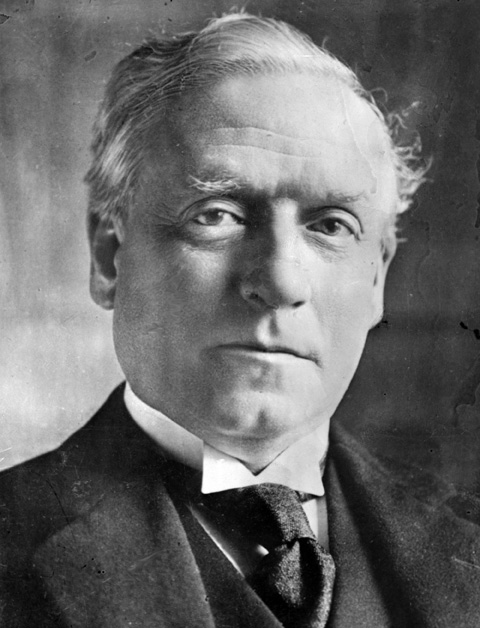 A barrister by trade, Asquith rose quickly in the Liberal party, becoming Prime Minister in 1908. Britain’s entry into the Great War gave Asquith even more troubles in an already difficult period of office, plagued by Home Rule and Liberal Reforms. A coalition government was formed, but Asquith found himself blamed for the failed assaults at Gallipoli and the Somme. He resigned in December 1916 and was replaced by David Lloyd George. In his private life, Asquith married Helen Kelsall Melland in 1877 and they had four sons, Raymond, Herbert, Arthur and Cyril, and one daughter, Violet, before Helen’s death in 1891. He then married Margot Tennant in 1894 and they had five further children, although only two, Elizabeth and Anthony, survived infancy. Asquith died in 1928.