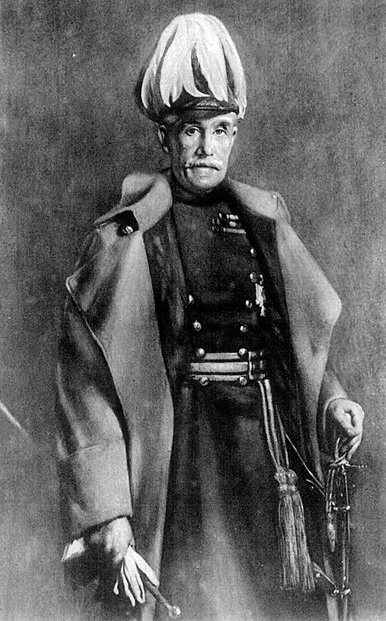 Horace Lockwood Smith-Dorrien was born on 26th May 1858 at Berkhamsted and was the eleventh of the fifteen children of Robert Algernon and Mary Ann Smith-Dorrien. Following his education at Harrow, he attended the Royal Military Academy in Sandhurst, from where he joined the 95th Regiment of Foot and saw service in the Zulu Wars, Egypt, India, the Sudan and the Boer War. By 1912, he had been promoted to full General, which made him a natural choice, as far as Lord Kitchener was concerned, to command II Corps of the British Expeditionary Force. Sir John French, Commander in Chief of the BEF, did not agree with this appointment, but was forced to accede to Kitchener’s wishes. Smith-Dorrien’s troops took part in battles at the Marne, the Aisne and Ypres during 1914, although French disapproved of some of his methods. During the Second Battle of Ypres in April 1915, Smith-Dorrien recommended to French that his troops be allowed to withdraw, which gave French the excuse he needed to sack Smith-Dorrien on the grounds of his pessimism. His replacement, Herbert Plumer, then carried out Smith-Dorrien’s plan – with French’s approval. Smith-Dorrien played no further significant part in the First World War. He had married Olive Croft Schneider in 1902 and they had three sons. He died in August 1930, following a car accident.