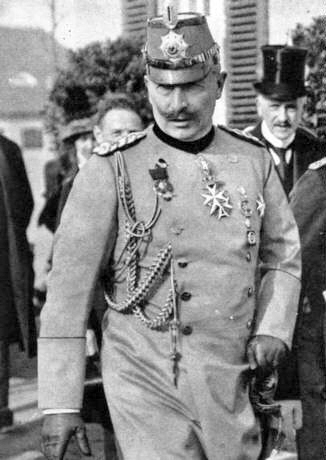 The grandson of Queen Victoria, Wilhelm became Emperor of Germany in June 1888. He soon dismissed the ‘Iron Chancellor’ Otto Von Bismarck and Germany embarked on the creation of strong military forces. During the First World War, Wilhelm’s influence subsided and power devolved, essentially, into the hands of his generals. By the end of the conflict, poor military results and dissatisfaction at home, forced Wilhelm to abdicate. Fleeing the country, he took up exile in the Netherlands, where he remained until his death in 1941.