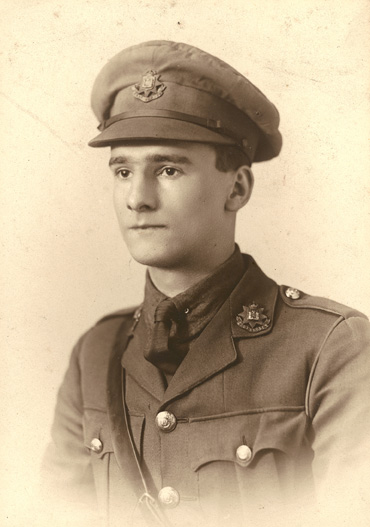 This account of R C Sherriff’s activities in the First World War, is based upon the numerous letters which he sent to his mother during his training and service on the Western Front, as well as official military records. For reasons of censorship, once Sherriff had embarked for France, he gave no details as to his whereabouts. However, during his time on the Western Front his Battalion was present at Vimy Ridge during April 1917, when they fought alongside Canadian troops; Messines Ridge in June 1917 and the Battle of Pilckem, beginning on 31st July 1917, which was the first phase of the Third Battle of Ypres. The fact that the 9th East Surrey’s were in these areas does not mean that Sherriff was necessarily directly involved in the battles themselves, since his Company may have been in reserve at the time. Those studying his play, Journey’s End, should be able to see some similarities between the characters he created and his own experiences during the conflict.

On November 20th 1915, Robert Cedric Sherriff left his employment as an insurance official at Messrs Cot & Co., in Charing Cross, London, to enlist in the Artists Rifles, which was essentially an Officer Training Corps. Once commissioned, officers who had trained with the Artists Rifles would then be posted to various regiments throughout the army. Among those who took this route into the armed forces during the First World War, were Wilfred Owen, Edward Thomas and the artists Paul and John Nash.

Sherriff’s field training took place at Hare Hall, Gidea Park, near Romford in Essex, where he arrived in late December 1915. In his spare time, he wrote letters home, read books and went on solitary walks. He was a man who enjoyed his own company and was sometimes reluctant to mix with others at social gatherings, such as the concerts and dinners which were held at the training camp. Sherriff’s mother would also visit him on most Sundays and they would take long walks together and, sometimes, enjoy a picnic. 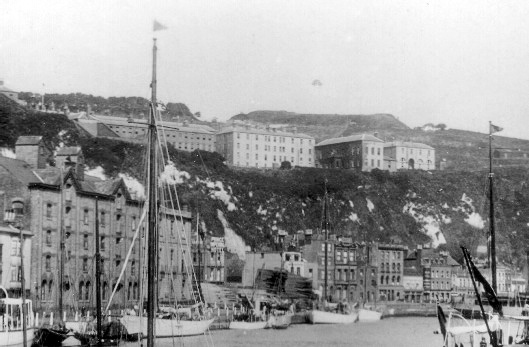 His training complete, on September 5th 1916, Sherriff was commissioned as a Second Lieutenant and was sent to the 3rd Battalion of the East Surrey Regiment at Grand Shaft Barracks in Dover. Here, he awaited his orders to embark for France, although he found the delays and false rumours so frustrating, that he contemplated writing a book ‘to while away the time’.

Eventually his orders came through and, following a smooth channel crossing, he arrived in France to join the 9th Battalion of the East Surrey’s, at 2pm on Thursday 28th September. Within four days, he was in the reserve lines, awaiting orders to move up to the front and was placed in charge of a platoon of approximately 25 men. He shared a dugout with other officers, which he found relatively comfortable and, although the rats running across his body at night disturbed his sleep, he was grateful to not be suffering with lice.

During the night of 8th-9th October, Sherriff was sent into the front line for the first time. He went alone, as his commanding officer believed that all new subalterns should have at least some experience of the front line prior to taking in their men. He arrived at dusk and found the other officers in the dugout welcoming. He then accompanied the Captain on his rounds and found that the confidence of the senior officer made him feel less nervous himself.

With this experience under his belt, Sherriff took his own men into the front line on 11th October. While there, he spent two hours on duty during the day and three hours at night, spending the remaining time in the dugout. As such, Sherriff did not seem to find these tours of duty too onerous. However, after just four days in the front line, with four more to go before he would be back in reserve again, his letters show that he was beginning to feel the strain. He was not afraid of dying, but he found the boredom and waiting depressing. He stated that he felt there was ‘no glory or heroism in war now’ and he longed to be able to fight on open ground, rather than in the trenches.

Despite his frustrations and growing nervousness, Sherriff still found time to appreciate his surroundings. He described, in one letter, the ‘clear’ valley below the trench, which he knew had once been beautiful, but which had become wrecked by the war. Also he occasionally found solitary flowers growing in the walls of the trenches and sent them home to his mother.

During November and December, he was sent to learn tunnelling methods from the Royal Engineers. This was a particularly happy time for Sherriff and he would later apply, unsuccessfully, for a transfer to that section. Upon his return to his own Regiment, he was disappointed to learn that he would have to remain in France for a minimum of six months before he would be allowed any leave. This was a much longer period of time than he had anticipated, so he made a chart upon which he could count off the days until he would be able to look forward to going home. 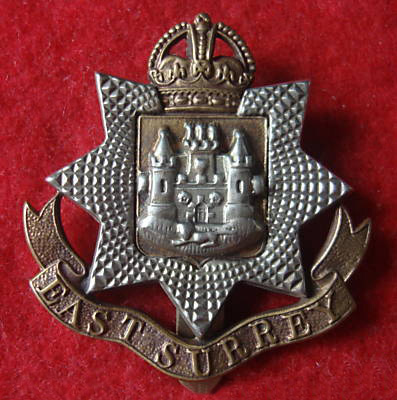 January 1917 found him back in the trenches again, although no matter where he was, he received frequent letters from home and parcels containing cakes, chocolate, fruit and a particular favourite Veda Bread (a malted loaf, which originally comes from Scotland, but is now mainly sold in Northern Ireland). Following his training with the Royal Engineers, Sherriff was given the task, when out of the front lines, of training the men to build dugouts, although the hard snow on the ground made his task more difficult.

Towards the end of the month, he became unwell, suffering from neuralgia around his left eye. He believed at the time, that this might be due to a toothache, but the whole experience left him feeling ‘nervy’. He also felt guilty about going sick, as he knew it would mean more work for the other officers, whom he had become ‘proud’ to call his friends. Despite these concerns, on January 26th he was transferred to an Officer’s Rest Station behind the lines, where there was a dentist who could examine and treat his toothache.

Throughout his stay at the Rest Station, he worried about his own state of mind, becoming concerned about his fear of going up to the front line again, to the point where on February 1st, he began to believe that he would rather resign his commission than face going back. However, these fears seem to have abated and, at the end of the month, he was back with his men and marching up towards the front lines.

For the remainder of the spring and summer, Sherriff continued with this routine of time in the trenches, followed by a spell in reserve. However, he also enjoyed intermittent periods spent ‘a long way back from the line’ training recruits. During these times he was often billeted at a ‘very nice farm’, which made him feel much more at home, since the surroundings reminded him of the English countryside.

In mid-April, he was once again troubled by his neuralgia and decided to see the doctor, who told him that his ‘nerves were out of order’. Sherriff did not necessarily agree with this diagnosis, or with the tablets which he was prescribed. Instead, he believed that all he needed was a ‘real rest for a fortnight or so’ in order to feel better. Within a week, he was on the mend again, and returned to his men who were now resting in a ‘quiet country village’ a long way behind the lines. Here they remained until the middle of May, when their next spell in the front lines began.

It was the beginning of June before they saw a rest camp again. The timing of this at least enabled Sherriff to spend his 21st birthday away from the front lines and, finally, at the end of the month, came the long-awaited leave. Ten days at home provided him with a great rest-cure and lots of happy memories of country walks and picnics to take back to France with him on 4th July.

Over the following weeks, Sherriff’s men went in and out of the lines several times, returning there on 31st July for the commencement of the Third Battle of Ypres, known as Passchendaele. On August 2nd, he was wounded in the right hand and on the right side of his face. He wrote immediately – although with some difficulty – to his mother, to reassure her that he was not seriously injured.

Although his wounds seemed slight, they were enough to earn Sherriff a ‘blighty’ (a slang term for a wound which was serious enough to require repatriation for a period of time, but not so grave as to maim or kill). By mid-August, he was settled in a hospital at Netley in Hampshire, although he was almost better by this time and was expecting his Medical Board to declare him fit, thus allowing him three weeks leave at home before returning to his Regiment.

By mid-September, however, his neuralgia had flared up again and he was sent to St Thomas’s Hospital in London. From there, once fit, he was sent to Dover and spent the following months training new recruits and officers, while waiting to be pronounced fit for General Service Overseas. In March of 1918, he was promoted to the rank of Lieutenant. During the summer, he was once again ill, this time suffering from influenza. Sherriff, although promoted to the rank of Captain in January 1919, did not return to the Western Front and following his discharge from the army, returned to his job as an Insurance Official.