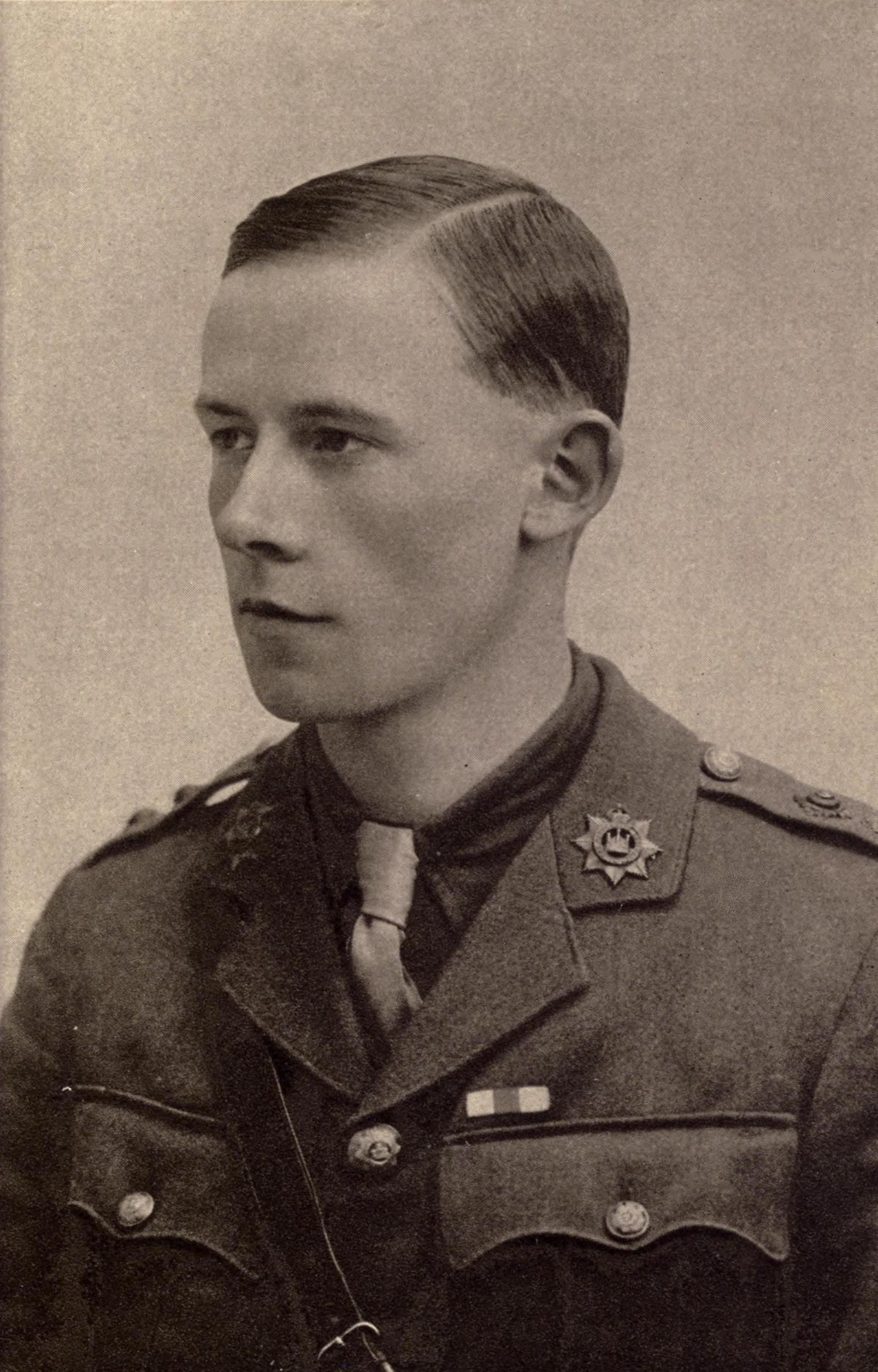 From his birth in Gloucestershire and subsequent upbringing in Northumberland, William Noel Hodgson quickly learned and developed tolerance and understanding as well as consideration for others and a love of his natural surroundings. At Durham School he was a popular and successful student, as well as an outstanding sportsman, playing cricket, rugby and athletics, as well as rowing, and while there he formed many close friendships, especially with fellow poet Nowell Oxland.

Despite being at Christ Church, Oxford when the First World War began, Hodgson interrupted his studies and immediately enlisted, joining the 9th Devonshire Regiment. Following his training, he embarked for France on 28th July 1915, although shortly after his arrival he heard the devastating news that Nowell Oxland had been killed in Gallipoli. Hodgson and his men participated in the Battle of Loos and defended their trench against a German counter-attack for over 36 hours. For his gallantry during this operation, Hodgson received the Military Cross.

During the spring and early summer of 1916, Hodgson’s regiment continued to fight and were also involved in the preparations for the Battle of the Somme. On 1st July 1916, the objective of the 9th Devonshires was a trench system to the west of Mametz, but as they advanced towards this position, they were mown down by machine gun fire.

William Noel Hodgson was shot in the leg and neck: his batman, who rushed to his aid was also shot and killed. Three days later 161 casualties from the 8th and 9th Devonshire Regiments were buried in their old front-line trench and a wooden sign was erected, which read:

Although the original wooden sign has now disappeared, there is a plaque containing these words, near the entrance to this unusual cemetery.

Hodgson’s poem Before Action has come to epitomise the waste of youthful enthusiasm that was the Battle of the Somme and is made more poignant by the fact that in his volume of poetry entitled Verse and Prose in Peace and War, Hodgson’s father dated this piece 29th July 1916, namely two days before the poet’s death. There remains, however, some confusion as to whether this is accurate as the date may refer to the original date of publication, rather than of composition. Either way, the poem was undoubtedly written in the build-up to the battle.

Hodgson was a poet of remarkable understanding, considering his youth. He shows in his poetry and prose an extraordinary sympathy for the suffering of others, and his words indicate a deep inner sadness not only for the anticipated loss of his own life and for those of the men around him, but also for a way of life, which he had the maturity to realise had already been lost due to the decimation of his generation. Today, those of us lucky enough to read his words have come to understand what a talented and gentle man was squandered on that day.