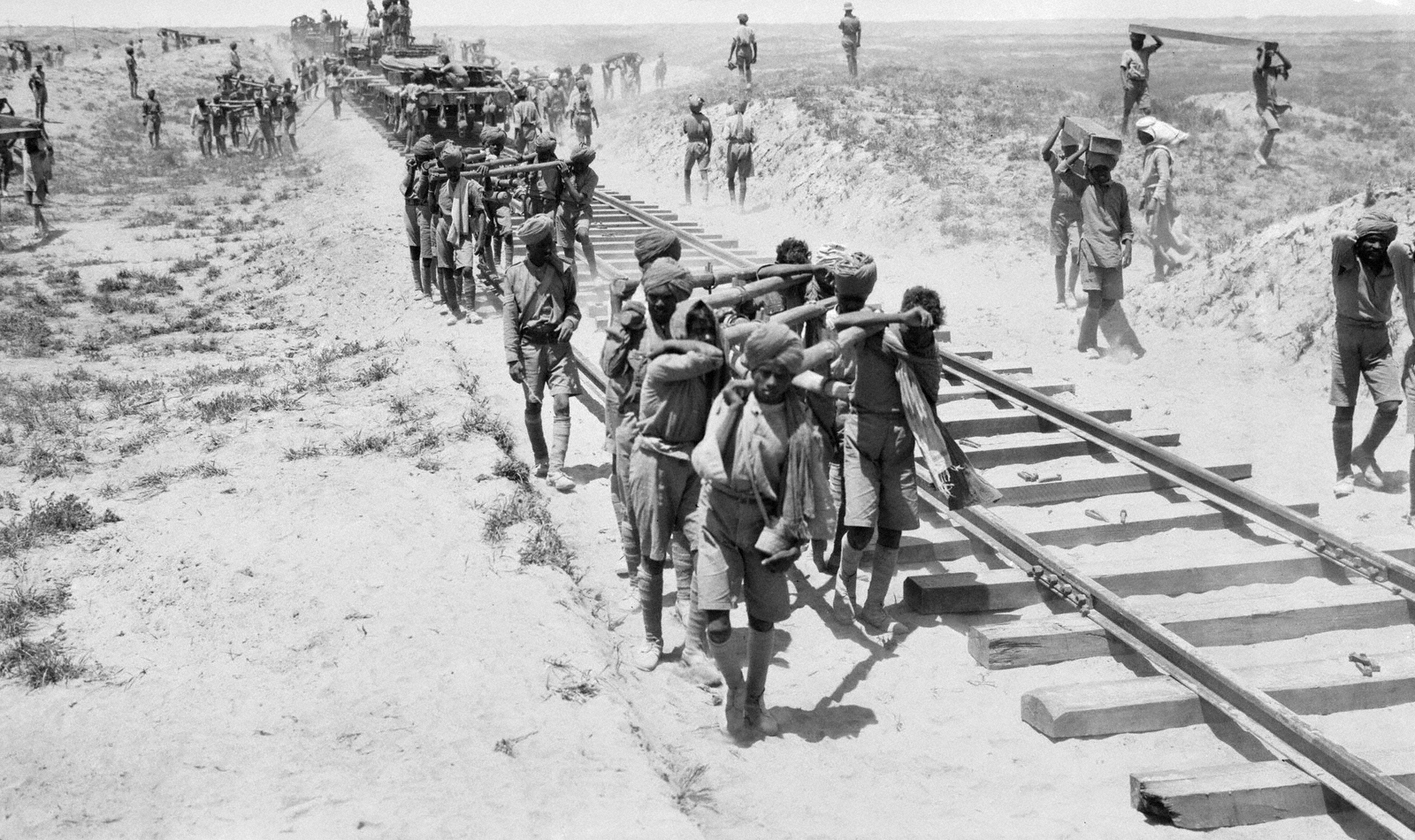 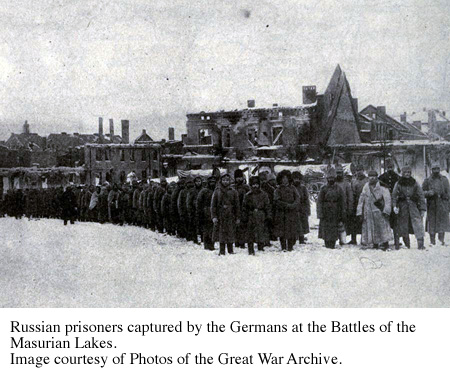 Although most people believe that the first use of poison gas took place on 22nd April 1915, at the Second Battle of Ypres, the Germans had made an earlier, unsuccessful attempt to use this weapon at the Battle of Bolimov on January 31st. This proved ineffective as the wind blew the gas back across the German lines. Normally, such an event might have proved catastrophic, but the temperature was so cold that the gas itself vaporised, leading to a hasty termination of this battle.

In February, during a severe blizzard, the Germans launched an offensive at the Masurian Lakes. This was a pivotal part of the German plan to knock Russia out of the war and focus all of their efforts on the Western Front. Like many British leaders, the German Chief of Staff, Erich von Falkenhayn was a ‘Westerner’, firmly believing that the war would be won, or lost, in France and Belgium. However, in order to achieve this, it was necessary to finish off matters in the East. Initial German successes made victory seem inevitable. However, the Russians, despite surrendering on February 21st, were able to launch a counter-offensive the very next day. 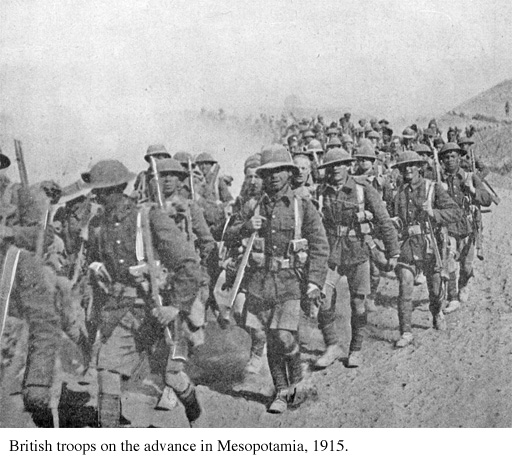 The capture and ensuing siege of Kut-al-Amara marked the beginning of one of the most humiliating episodes in the history of the British army. In July 1915, British troops had captured the Turkish supply base at Nasiriyeh and the local Commander in Chief, Sir John Nixon decided to order a further advance to capture Kut, where he believed large numbers of Turkish troops were garrisoned. Sir Charles Townshend led the successful assault on the town on 28th September, despite the fact that Nixon had only allocated enough supplies for six weeks, rather than the requested six months. Having captured Kut, Townshend tried a further advance to take Ctesiphon, but this failed and the British were forced to retreat, back to Kut.

Here it was decided on 6th December, to send the cavalry back to Basra as the men and horses placed a great strain on the already diminishing supplies. The very next day, Turkish troops arrived and blockaded the town. British soldiers were sent from Basra, but failed to relieve the siege. Thus, in April 1916, Townshend was forced to request an armistice and enter into surrender talks with the Turks. The Turkish Minister of War, Enver Pasha, would settle for nothing less than an unconditional surrender and, with his men dying from disease and starvation, Townshend had no alternative other than to accept.

Many of the soldiers who served at Kut were Indian and 8,000 were taken prisoner, many of whom died. The town was eventually recaptured in February 1917, but the effects of this surrender were far-reaching, for both sides as Turkish and German forces received an enormous morale-boost, while the British were humiliated. Many of the British Commanders involved were forced to resign, although they were soon reinstated, causing uproar in the press. Rudyard Kipling wrote his poem Mesopotamia, as a direct consequence of this action.