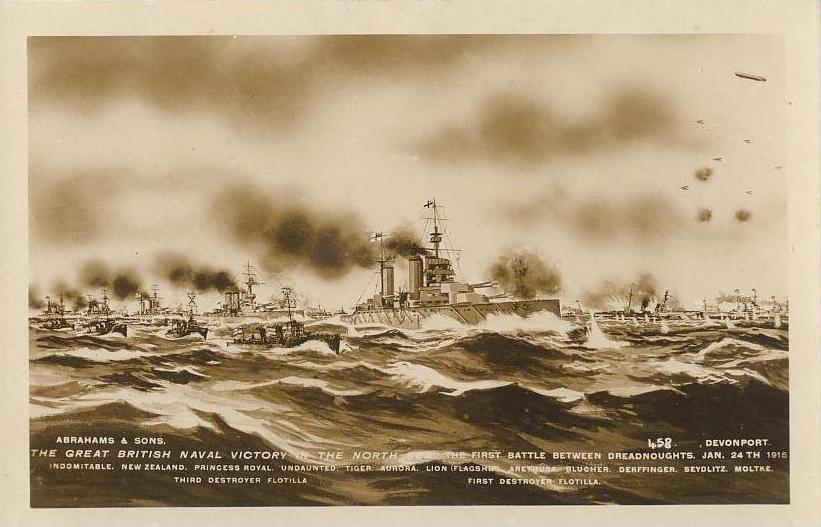 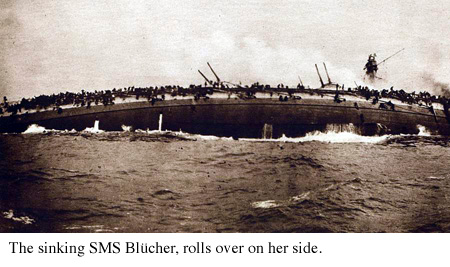 THE WAR AT SEA

The only real naval battle of 1915 was the Battle of Dogger Bank, which followed a German raid on the east coast towns of Scarborough, Whitby and Hartlepool in December 1914. Although this raid caused outrage, the German commander, Admiral Franz von Hipper decided that he would continue to launch offensives on the British east coast. On 24th January 1915, his fleet was intercepted by the British Navy at Dogger Bank. The British ships, commanded by Admiral Beatty, outnumbered the Germans and two German vessels (Blücher and Seydlitz) were damaged or sunk at the cost of almost one thousand lives. Although Beatty had the upper hand, he decided to withdraw for fear of a U-boat attack, resulting in some criticism that he did not take the opportunity to do more substantial damage to the German fleet.

THE WAR AT HOME

In July 1915, Welsh coal miners went on strike, demanding a pay increase, rather than a ‘war bonus’ offered by the government, which they believed would be withdrawn at the end of the conflict. At that time, mines were privately owned and the miners were dissatisfied because the coal was being sold at higher prices, but the owners were not passing these profits down to the workers.

This strike caused difficulties throughout the country, since coal was the major source of fuel, both for consumers and industry, but more importantly, the Royal Navy required vast quantities of coal to maintain the fleet. The government was forced to become involved after less than a week, sending Munitions Minister David Lloyd George to Cardiff to negotiate with the strikers. The government conceded to the miners’ demands and the strike ended on 20th July. 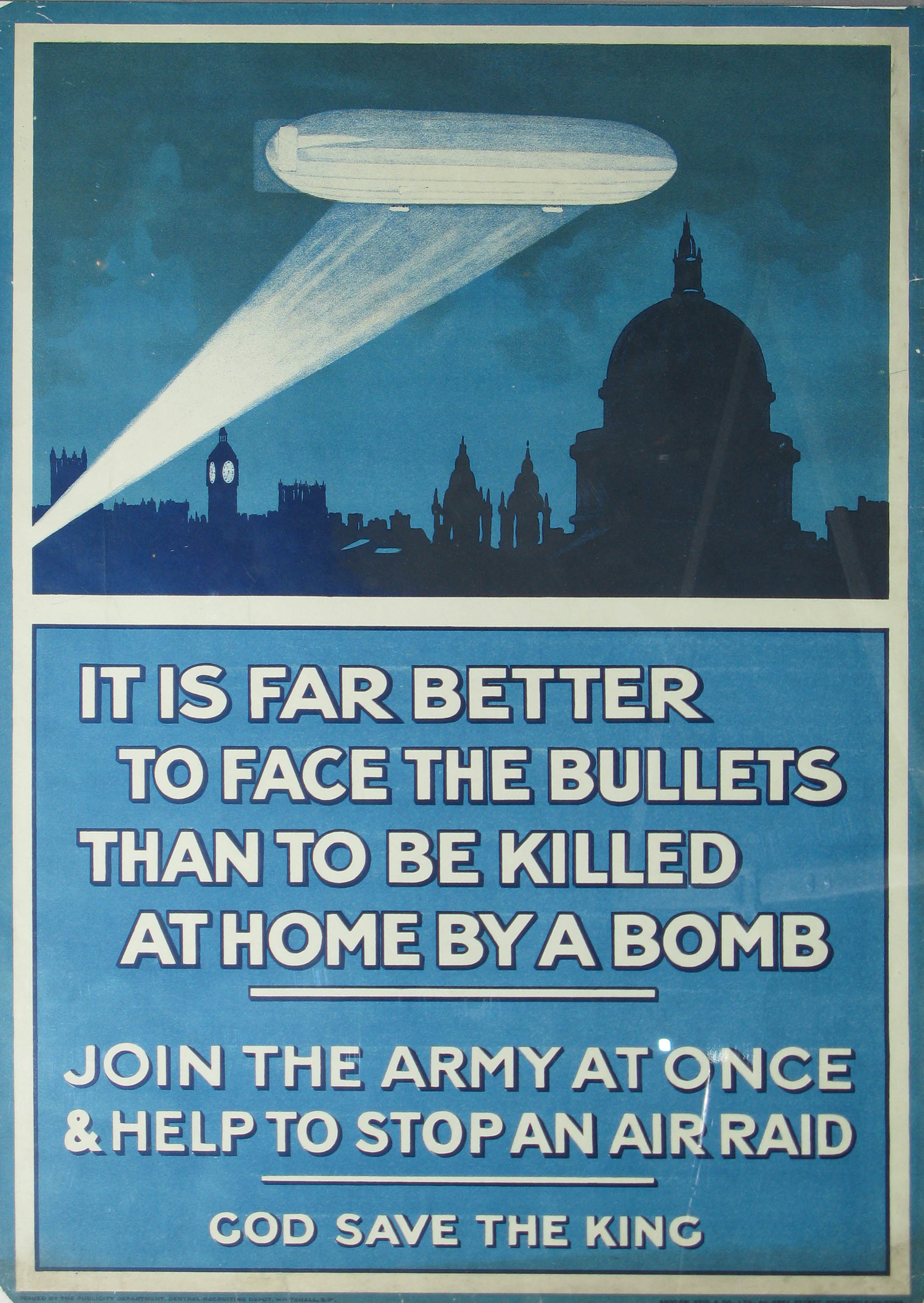 On January 19th 1915, the Germans launched their first Zeppelin raids in the British Isles, in Great Yarmouth and Kings Lynn, killing nine civilians. The effects of this upon the population were a drop in morale and an increase in the fear that the Germans might invade. Further Zeppelin raids were launched throughout the year and into 1916, mainly on East Coast towns, and also in London.

After the initial fear had died down, by the late summer of 1915, these raids actually had the effect of drawing people closer together and also of making them feel more involved with the war.

As Laurence Binyon put it, in his poem The Zeppelin:

“Of those who yet fight,
Spending for each of us
Their glorious blood
In the foreign night, –
That now we are neared to them
Thank we God.”